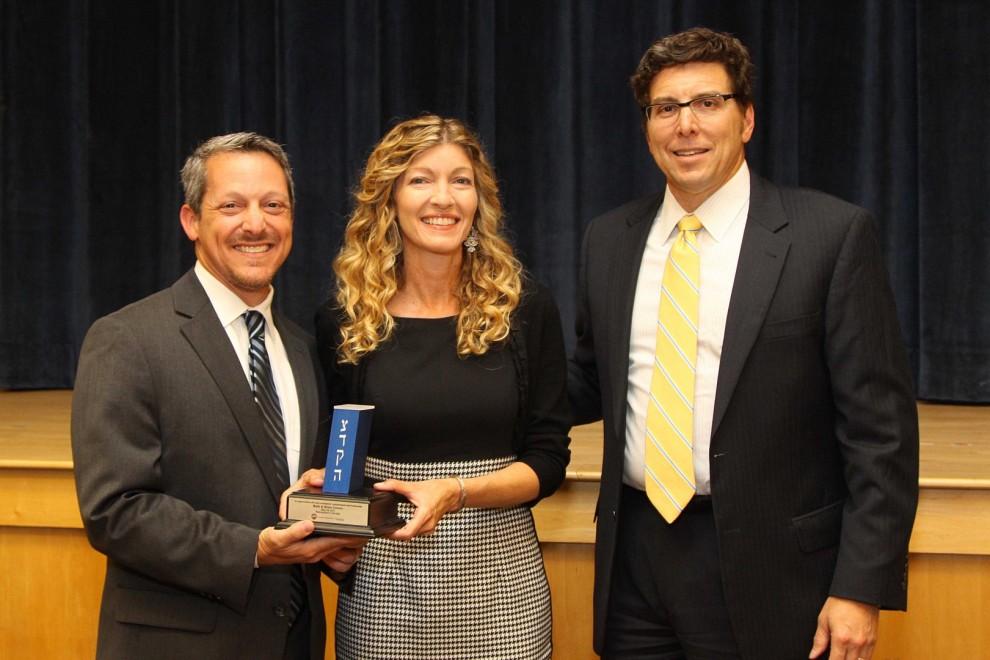 On Thursday night, May 28, The Jewish Community Federation of Richmond and Richmond Jewish Foundation held their Joint Annual Meeting at the Weinstein JCC attended by approximately 125 community members. The meeting featured awards to volunteers from both agencies, remarks by President Richard Samet of the JCFR and Chairman Jim Weinberg of the RJF, and installation of Officers and Board of Directors to both agencies by longtime community leader Richard November.

State of the Agency reports were given by Federation Immediate Past-President Nathan Shor, who read the report by CEO Samuel Asher (who was not able to attend due to recent surgery); and RJF President Robert Nomberg.

Full coverage of the Joint Annual Meeting will be included in July Reflector.