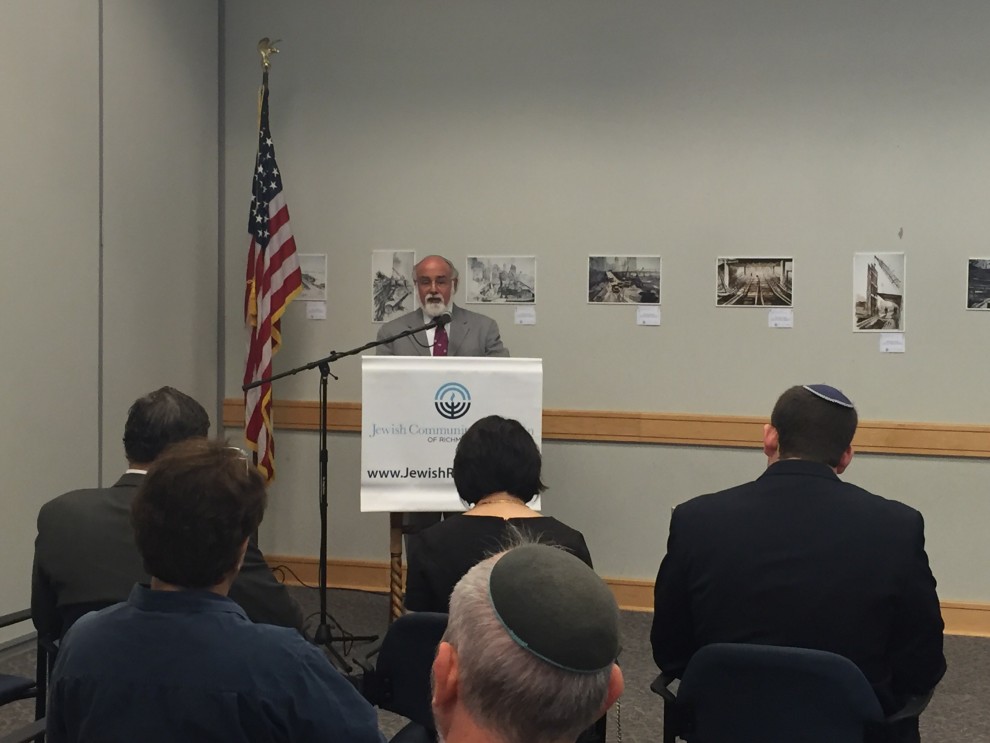 Why Do We Remember?

What Do We Remember?

What Do We Tell Our Children and Grandchildren?

There are dates that we will always know where we were, what time it was, and what we were doing when we heard the news. I have perfect clarity about the assassinations of JFK, MLK, RFK, the onsets of the Six Day War of 1967 and the Yom Kippur war of 1973. 9/11, September 11th 2001 is the same. There is no delete button for my, our memories. No erasure is possible.

Why is this? Why can’t we blot out these memories? Or to couch it in the positive,

“Why Do We Remember?”

We remember because memory is consciousness. Consciousness is connected knowledge. Knowledge is connected to morality. And morality is the essence of being a human being. It differentiates us from the animal kingdom that lives by programmed instincts. Memory allows us to learn from experience, to distinguish between good and bad, between kodesh, holiness and chol, the profane, or least holy. When we say “We know” we are also saying “We remember.” According to the Even Shoshan New Concordance of the Bible, the Hebrew word for memory, zacher, in any of its grammatical forms, occurs two hundred and seventy times, significantly more than most other words. This teaches us that memory is a core characteristic of our very being. In a sense, we are human because we remember.

We remember particularly because our Jewishness has instilled in us a “historical component,” whether that is on the personal level or the global stage. We cyclically tell our “story” sitting around the table, in the reading of the Torah, and the Pesach Haggadah. Our liturgy consistently uses the refrain, “zacher le’tzi’at Mitzrayim,” “a remembrance of the going out of Egypt.” Imbedding the continuing unfolding of events in the eternal stream of history through the act of memory gives each single event both its unique and its connected meaning. We surround them in context. This is what we do when we talk about our families, of the Jewish people, of Israel or of America.

In the act of remembering we indelibly etch into our very souls the events of today and yesterday. In the Hebrew language the tenses of the verbs all merge. Perhaps very early on we understood the computer concept of “streaming.” The past is never very far away. We might say that 9/11 occurred fifteen years ago. In my mind, in our memories it was only yesterday. By remembering we are eternally connected, connected to events, to time, to our ancestors, and to each other. That can never be broken. There is no delete, no erasure, no severing. We remember forever.

What is it that we remember today? Or liturgically: “Ma Nishtanah HaYom HaZeh MiKol HaYamim?” Of the cascade of memories, which should come to fore and which should recede, as if we really have control?

Having been in the twin towers numerous times and watched them rising into the New York skyline, and having so frequently driven past the Pentagon, the cerebral video of their destructions plays an ongoing loop when I drive into Washington, D.C. or approach New York City. Yet I want to bring to the fore the heroism of those exiting the buildings, along with the heroism of the passengers on the plane in Pennsylvania. To me, in their deaths they are still living. They are/were not actors on the stage or screen. They were like us here today, but in time and place thrust into an unfathomable context and yet acted with unparalleled bravery and heroism.

This day I bring to the fore of my/our memory the first-responders, who rushed to the sites in the undying hope of rescuing people from the flames, smoke and rubble, many of whom also offered up their lives. Whether they knew our teaching that “one who saves a single life is as if they saved a whole world” or not, they behaved in such a manner. There is the next layer of first-responders. For Ruby and me this is most personal for our daughter, Rabbi Lt. Yonina Creditor was a volunteer EMT in NYC who, with many others, spent considerable time at Ground Zero tending to those poring through the ruins to find human remains. In the ensuing weeks and months they served selflessly, sacrificing schooling, work, and even their health, supporting those searching for human remains in order to bury them with dignity.

And I personally remember the divisiveness between citizens in our country caused by the identity of the terrorists that crashed the planes.  Joining with other clergy I participated in numerous services to unite us all as citizens of this country, regardless of ethnicity, religion, color and language. We worked and preached ceaselessly to abate needless hatred and fear. The language of current political campaigns prompts my memory so that I can still feel the trembling I felt then, standing with Christians and Muslins to say that we are all Americans, all citizens, all pledging allegiance, and that “all” of one group shouldn’t be labelled because of the few.

This is not even the beginning of the list of my memory. And not of yours. But for now, it will do.

The Book of Deuteronomy which we are currently reading in synagogue speaks to the generation of Israelites who were born after Egypt and did not know slavery or redemption and were not there at Mt. Sinai. What do we say to our children and grandchildren who either were so young or not yet born and thus have no personal memory of that time?

Every story is composed to be age appropriate. I need to include this disclaimer. So with that said, here are some of my thoughts:

Tell them about brave and courageous people who brought down the plane in the Pennsylvania field so that it did not destroy the Capitol and White House; about human dignity in the midst of tragedy – faced with the unknown they helped each other down winding stair cases; about compassion that was expressed to each other in the midst of grief; that in sorrow we found solidarity with strangers, some who even looked very different than us and spoke different languages; that we hugged and cried, kissed and wept together. We found a deeper way to be good human beings.

Tell them that there are brave and courageous men and women Army, Navy, Air Force, Marines and Coast Guard around the globe and at home that live difficult and dangerous lives so that we should be free, fulfilling the promise that we are entitled to “Life, liberty and the pursuit of happiness.” They must never take for granted living in America, and those that protect us. Remind them of JFK”s inaugural speech, “Ask not what this country can do for you; ask, what you can do for this country.” There are those who make us strong on the outside. We must make us strong on the inside.

Tell them not to judge a person by their skin, their clothing, their color, their language, or their faith. Our Judaism teaches us that we are “God’s children,” descended from one set of ancestral parents, Adam and Eve, and thus no matter how different others may be, they are our long lost, even if many times removed cousins, aunts and uncles. We show respect, honor, kindness and love. We are a beautiful kaleidoscope of men, women and children, young and old, together.

Tell them some may destroy buildings but they can never destroy our humanity.

Tell them to have faith, that in the midst of greatest tragedy and pain, God loves us, God inspires us. God strengthens us and promises us that there will be a better time ahead. “Lo avada tikvateynu” – “our hope is never lost.”

As our son Rabbi Menachem Creditor wrote the song:

Soon, in our own days.