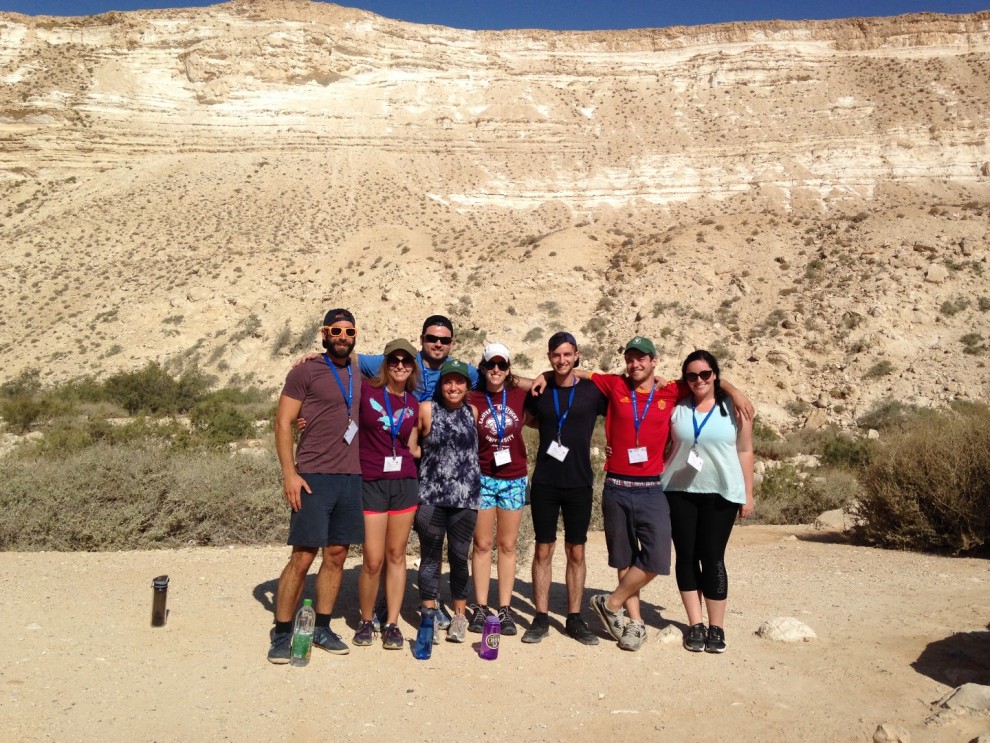 Rachel Rosenberg, a 25-year-old Ph.D. student at Virginia Commonwealth University, traveled to Israel in July on a Taglit Birthright Israel Experience. This trip is for young adults, ages 22-26. She is from Lexington, Ky., and has lived in Richmond for about a year. She received her B.A. in Political Science from Eastern Kentucky University and a Master’s in Social Work from the University of Kentucky. She is an active participant in Network JCFR and the Richmond community. On the trip were a group of other Richmonders. Melanie Phillips, former Federation Young Leadership director, staffed the trip for Young Judea.

Over the past few years, many of my friends and family have returned from Birthright saying, “You have to go on Birthright, it will change your life.” I didn’t completely believe them. However, after spending 10 days in Israel with 39 Americans and eight Israelis, I do believe Birthright has changed my life.

Israel is one of the most beautiful places I have been, not just because of the landscape, but because of the culture and pride the Israelis have in their country. The connection to Israel is hard to put into words and varies from place-to-place.

The last day of the trip, which happened to be Shabbat, I was asked to share the first or best experience that made me feel connected to Israel. While I was reflecting on the question, I realized it happened the second day of the trip on a Kibbutz. The ideals of justice, equality and compassion that are so central to my life in the United States also are central to the culture on the Kibbutz and could be seen in every city I visited on the trip. After the first few days, six Israeli soldiers and two university students joined our group.

I never thought eight young adults could be so impactful. In some ways we are so different. All the Israelis were either in the IDF or just finished their service; their outlook on life is completely different. However, at the same time we have so much in common. The group was just a group full of 22-26 year olds trying to navigate young adulthood and find a connection to their culture.

During the trip we split into small groups and had dinners in a soldier’s home with their family. The family welcomed us into their home, we shared a meal and talked for hours as if we had known each other for years, when in reality we had just met.

A few of the highlights from the trip not already mentioned are going to the Old City of Jerusalem and the Western Wall. The solemn feel and strong sense of spirituality was something I have never found in temple.

Also hiking Masada and watching the sunrise was beautiful, you could see for miles overlooking the Dead Sea and ending in the mountains of Jordan. Toward the end of the trip, I attended a Birthright mega event where 70 different Birthright groups and many others –  adding up to about 500,000 people from all over the world gathered for a concert. Seeing Jewish young adults from all over the world was very eye-opening. The automatic bond that was created as we all met and hung out together was unique to sharing the Birthright experience and sharing our common Jewish heritage.

Birthright was a once in a lifetime opportunity that brought me closer to my culture and opened my eyes to the importance of the State of Israel and the unique bond we all share. If anyone ever gives you an opportunity to go to Israel, take it. It will, in fact, change your life.

It is hard for me to put into words what the experience meant. As I write this, I am in a group message with all the wonderful people I met over the 10 days from all over the country and Israel. We continue to talk and bond, as none of us are willing to call the trip over just because we returned home and went back to our everyday life.

For me this involved going to school, for the soldiers it involved returning to their IDF unit, but regardless of what we are all doing we will forever be bonded by Birthright.